We continued our journey down to New Mills on Sunday, where we will moor for the next fortnight. Stella returned to work (horror) and straight back into the thick of it!

We do like it here - we are moored adjacent to the Torrs Country park, a great place for the dogs to run around and generally enjoy themselves - the River Goyt is at the bottom, so an added bonus - a quiet week - working and catching up on much needed sleep!
Today was the New Mills Festival and Parade - great to see all the local schools and organisations taking part, although I noted the general lack of floats (liability insurance means that it  becomes too expensive) but two Brass Bands and a Pipe Band - then off to the River for a much needed swim for the dogs!
Fiona is now back in New Zealand and also back at work, so have purloined her photos for the one of me, Chris and her outside Gracie on her last day here. An emotional day for all of us (I actually managed not to cry, although she admits to crying as she went through passport control!)
Yesterday, I washed Gracie's curtains as well as washing the windows, so she looks quite tidy - I have to do a video for Fiona as well. However, I think that might be a before and after video as we are going to take the sofa out and redo the floor - a wet and muddy winter means the wooden floor is in desperate need of resealing now and we wnat to do the whole floor. Also, clean the carpet and maybe see if we can get a few offcuts to replace as that also took a hammering. We are also exploring getting a fitted automatic washing machine - make life a lot easier. Although, we have decided that taking sheets/towels to the laundrette once a month is reasonably cost effective.
We seem to follow festivals around - the time of year - it is the Middlewich Folk and Boat Festival as well this weekend, a date for the diary next year and we are also thinking about doing the BCN (Birmingham Canal Society) Challenge on the second Bank Holiday in May 2015 - planning to get there and back will be needed to fit around working, but we reckon we can do it.
Just realised it is coming up to a year ago that we accepted the offer on the house and then reinstated the offer on Nb Gracie - that year has flown by!

What an eventful two weeks; Fiona left us on the last weekend she was here, but came out to see us on her last day in England. We thoroughly enjoyed the time we had with her, travellers together.
Then it was time for her to leave and for Stella to return to work after ten weeks off. Mixed emotions on this, enjoy the job, but at the same time wanting to be on the cut all the time and travelling. But after two days, moved up to Whaley Bridge; we do like it up here. Lovely town,  friendly locals and for that weekend, a boat village opposite the towpath - bonfire and eating together on the Friday night and then mixing all weekend with that spirit was lovely. Seven boats, eight adults, five dogs and four children, a nice impromptu gathering.
Onto Stella's second week back at work, cycling to New Mills to get the bus is a peaceful way to start and finish your day; it's the bit in the middle that's manic!
But Friday came and as it was a lovely day, washing and housework. With not being on the towpath, the dogs potter up and down near the boat and it wasn't until tea time that I.realised Simba was missing. Those that know him, know what a friendly dog he is, like a big teddy bear; but has been known to take himself (normally,  with Shiva tagging along) for a walk. Anyway, called along the towpath into Whaley Bridge and asked everyone we met, but no sign. I have them registered on the dog lost site, but couldn't remember my password,  so posted his Photos on every group I could think.of and a FB friend, who is a volunteer with dogs lost put it up on.the site and posted, as I had done, on the Whaley Water Festival FB page. I tweeted to every contact I could think of and we kept searching with Shiva. He was especially interested around the vets, but I couldn't get through as they were closed. Finally,  attempted to go to bed about 2am, Chris saw dawn breaking and I was up at 7.30 to continue searching. Then my phone exploded with messages and phonecalls. It appeared someone had posted on a local page that they had found a chocolate Labrador in Tesco car park and had handed him into the local vets and the photo matched. Of course, we had to wait until 9am to phone the vets and sure enough, he was there. So off to the vets to get the errant Labrador. Then discovered,  he had lost his tag which had Nb Gracie & Chris's mobile number on it and although chipped our information was out of date.
In all the excitement,  we forgot to put the batteries on leisure use only and had the inverter (which converts 12volt to 240volt) on all night and managed to drain the batteries. Fortunately,  Nb Alton, the coalboat, came to the rescue last evening and along with coal & gas delivery gave us a jump start. We then.left the engine running all evening deciding that as we are on.our own and overlooking Tesco car park that it wouldn't annoy anyone and we could get the batteries charged up. However,  a new starter battery is required as well as a battery starter pack.
We then went into the Basin to listen to a free concert by a Pink Floyd tribute band - Roger Floyd, an enjoyable evening spent chatting and listening to the band and of course Simba, the local celebrity,  loads of people said they had shared the post and glad we were reunited.
So today, do a bit more washing and then off to the Canal & River Trust stand in the terminus building at the Basin as they are consulting on its future use. Off to get water, empty Elsan and cruise down to New Mills later. 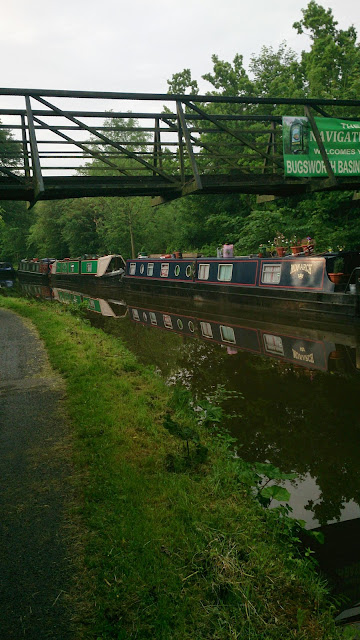 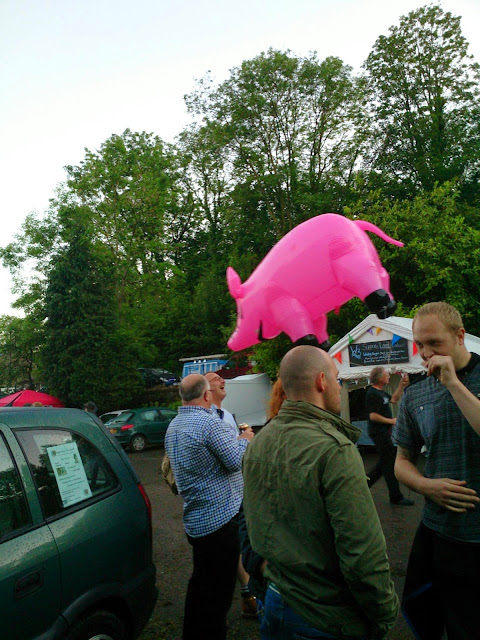 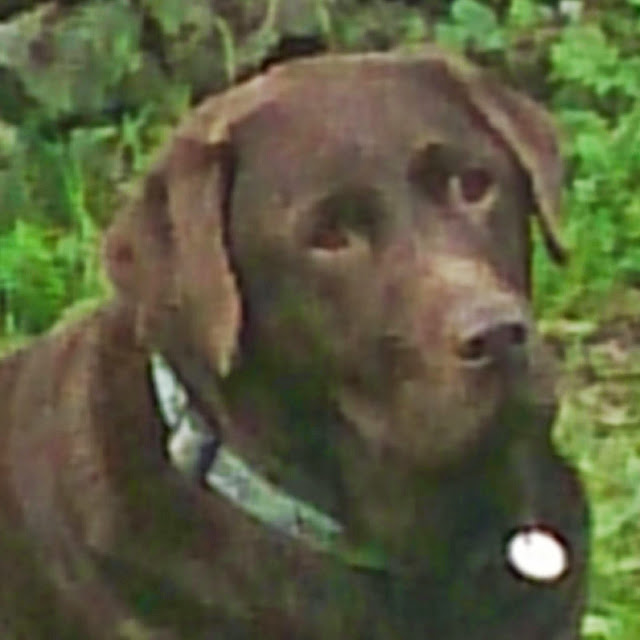 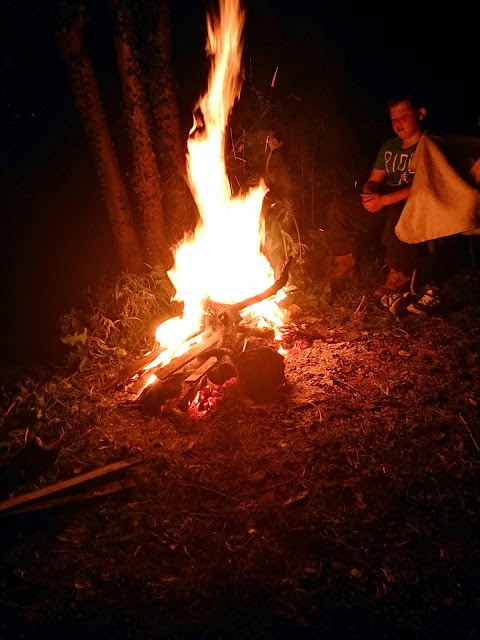